Aug 13, 2014 the bespectacled mother Love for Books Leave a comment

I have been reasoning with myself for the last 3 days as to what makes an avid reader in a person. If you’re an avid reader, it means you read as much as you can, whenever you can. Does that mean an avid reader would read up everything of whatever genres she comes across or would she be sticking to a particular interest area only?

I have also been pondering over the thought whether Dhruv has begun to fall into the category of an avid reader thanks to his interest in trains. Is this the reason why he does not want to limit himself to the beautifully illustrated storybooks only and would find his calling even in reading an activity book about Virgin Trains which we had received as a part of a kit in the train while travelling to London meant for keeping the little ones busy drawing, colouring and playing games over the duration of the travel. Maybe avid sounds too big a word for a 3-year-old preschooler and just an enthusiastic reader would be kind of more apt.

3 days back he discovered this activity book about trains hidden under a pile of junk mail and since then it has been high on his reading list with me doing the honours of reading it twice to him two times a day, once before the afternoon nap and once at night. And this activity book goes by the name ‘V Kids Activity Book’. 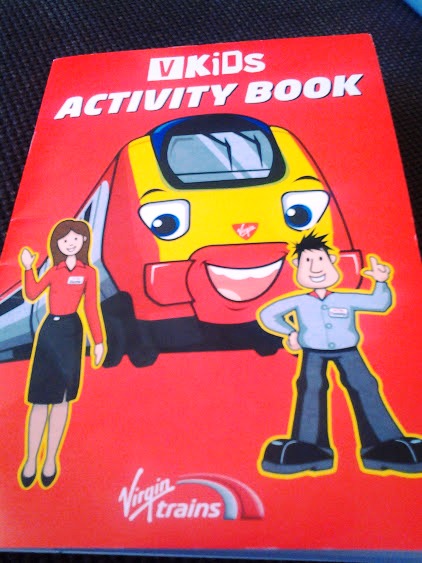 It is a 16-page small booklet and there is actually nothing much to read or maybe I think so. It has got pictures of two trains – Victor the Voyager and Penny the Pendolino on the opening page with small caricatures of 5 train staff members. 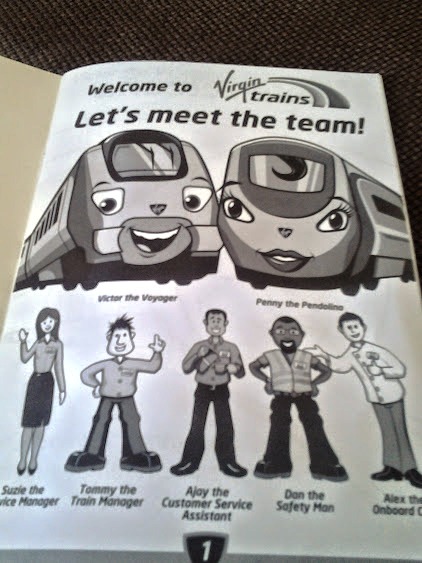 The 2 most fav pages of his are the ones where Penny and Victor talk about themselves. 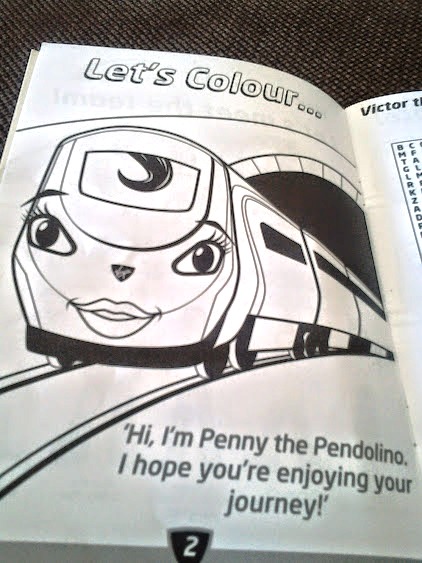 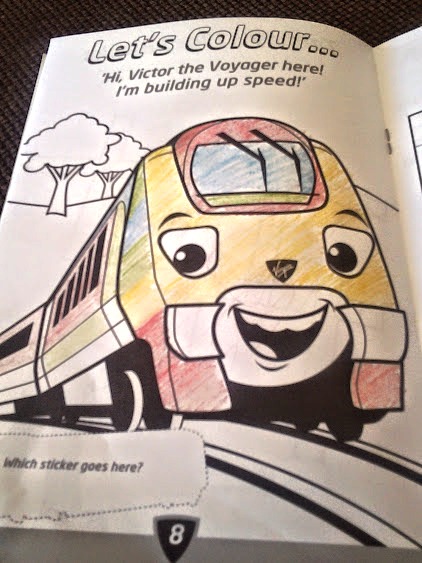 Another page is about word searches of the Virgin Train destinations in a grid and there is this list of those places below it. The catch here might be the names of a few familiar places to him like Birmingham, London Euston, Manchester Piccadilly, and Preston. 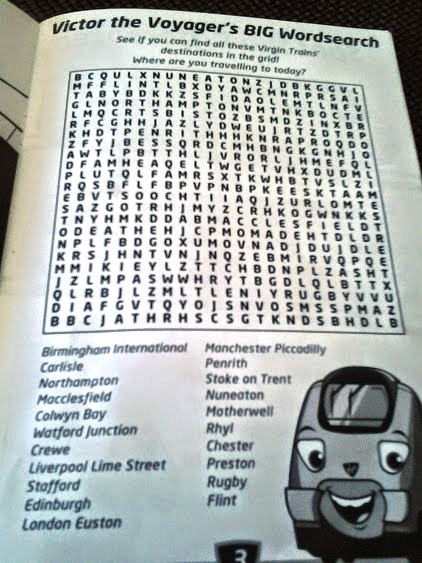 Some of the other pages are about the staff members introducing themselves.

Hi, I’m Dan the Safety Man! I make sure this train is safe for you to travel on.’ 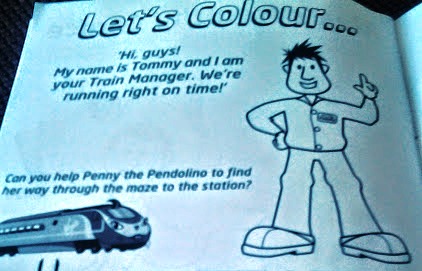 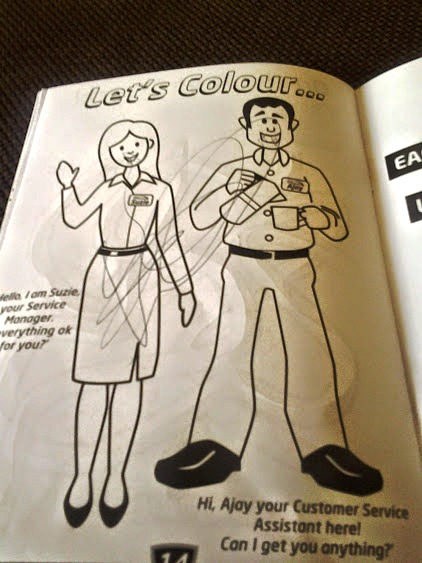 The simplicity of the words which we tend to normally use in our day to day conversation holds the key and binds the interest of the 3-year-old.

Let the pictures do the rest of the talking for themselves. 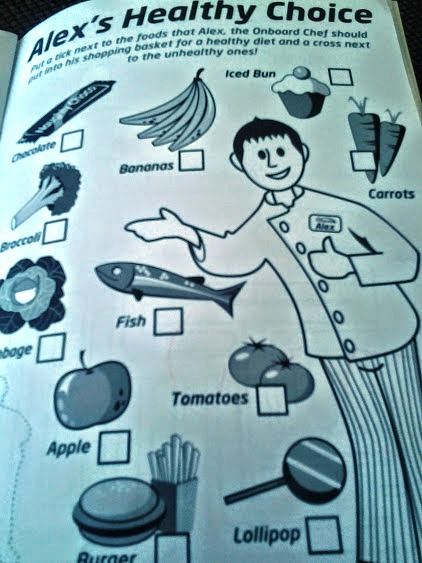 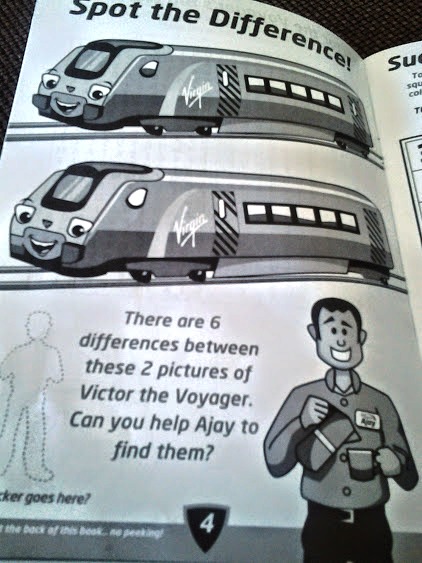 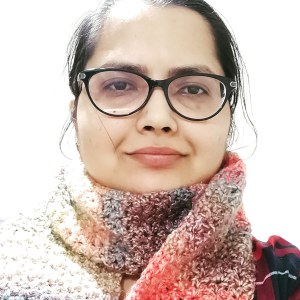